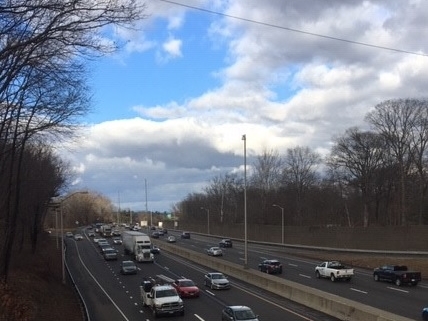 Colocation, Public Cloud, and Private Cloud are the three primary alternatives to hosting IT infrastructure on premises. Internet bandwidth availability and price is one of the most crucial factors to consider when determining where to locate IT systems.

Bandwidth is the capacity of a communications circuit to transmit data. It is typically expressed in Megabits per Second (Mbps) or Gigabits per Second (Gbps). The bandwidth of a communications circuit is analogous to the maximum number of cars that can travel on a highway. This is all too familiar to people in Connecticut. Our little state is home to some of the most congested roads in the U.S.

AWS introduced the first Public Cloud in 2006. This was more than 10 years after CAPS first opened its data center in Shelton, CT. It was also when the cost of broadband services first started to become affordable. Higher bandwidth circuits were required to make remote data centers viable. This was to keep network latency low enough that user response time was maintained at an acceptable level even though data was transmitted over longer distances.

Leveraging virtualization technology and lower cost bandwidth, Public Cloud vendors built large data centers in locations where both power costs and taxes were low. Economies of scale made it possible for Public Cloud vendors to provide low introductory prices for data services. Infrastructure as a Service (IaaS) took the industry by storm by offering an inexpensive way to create internet-based businesses that required no capital expense. IaaS is popular because it is flexible, scalable, and low cost (at least initially).

No Surprises With Colocation

Colocation providers offer fixed monthly internet bandwidth pricing for a specific guaranteed data rate. Clients can order the amount of bandwidth they expect to need. If they decide to change their bandwidth they can typically increase or reduce their rate within a day. The benefit is their bandwidth costs are pre-established and there are no surprises when the monthly colocation invoice is received.

The availability and cost of internet bandwidth and the pricing mechanism used for billing can influence the best place to host a specific workload. For clients who want predictable and affordable monthly network expenses, the best choice is colocation

Colocation Provides a Bridge to WFH